Words, graphics and colors are examples of elements that a brand owner usually wants to protect. However, in a trademark registration, certain elements are almost always more dominant than others. Most protection goes to the dominant elements, in other words, these dominant elements predominate in the scope of protection. For example, think of words in a logo with few graphic highlights. The most dominant element will then be the word, and the graphic elements in that case enjoy a much smaller degree of protection.

What if you also want to protect the other elements as well? Design protection can help with this, but novelty is a requirement. This novelty is however often an obstacle. It is also possible to register the separate elements as a trademark (i.e. a logo without the words). These elements must then have distinctive character on their own.

The Chiquita logo, which has recently been subject to a cancellation action, is a good example. The word, and to a lesser extent the lady with the bananas on her head, are dominant when you assess the entire logo. If you also want to protect the background, the emblem, you will have to register it separately in order to enlarge the chance of success in attacking competitors who use a similar emblem (but a different word). This is exactly what Chiquita has done. 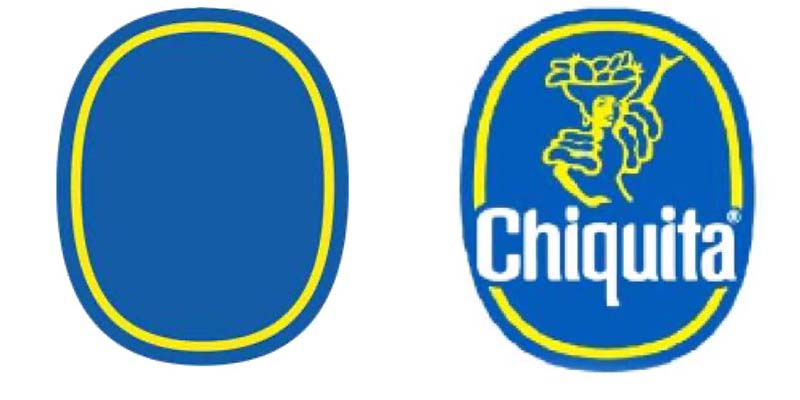 Is this emblem distinctive? And if not, has the emblem acquired distinctiveness through use? These questions were addressed in the recent cancellation case:? The applicant of the cancellation argued that this emblem was very common in the market and gave many examples of comparable emblems. The EUIPO agrees and states that the emblem comprises of simple graphical elements that are devoid of a distinctive character.

So, the registration is cancelled and it is Chiquita that slips due to a banana.