Home / News & blog / A glasses case is a shape mark

A glasses case is a shape mark

Not only can you register a trademark on packaging as a trademark – you can also register the actual packaging. This is perfectly reasonable, as a branded product can often be recognised by the shape of its packaging. Take Toblerone, for example, which is one of the most famous shape marks, or the elegant curves of the Coca Cola bottle.

But what about the packaging your new glasses came in?

A case was recently submitted to the Court of Amsterdam concerning the packaging of ‘fashionable reading glasses and sunglasses’. The dispute between glasses manufacturers Izipizi and Looplabb concerned the registration of Izipizi’s packaging as a shape mark (also known as a 3D mark). The object in question was a white rectangular box bearing the name of the brand Izipizi and a striking frontal picture of a pair of glasses.

Izipizi thought that their competitor Looplabb’s white and coloured glasses cases were an infringement of Izipizi’s shape mark. Looplabb, in turn, were of the opinion that Izipizi’s shape mark should be declared invalid as it was common, ordinary packaging.

The court’s judgement upheld a previous ruling by EUIPO, the European trademark agency. They stated that the shape mark in its entirety is valid because the prominent word element IZIPIZI is already distinctive enough by itself to make the shape mark distinctive as a whole. The shape mark may therefore continue to be registered. EUIPO said nothing more about the actual shape in its ruling.

This may sound rather strange, but even if a trademark is distinctive enough as a whole to be registered as a trademark, this does not say anything about the scope of protection afforded to its individual elements. This is the crux of the case brought before the Court of Amsterdam.

The court ruled that Izipizi’s shape mark was largely descriptive, and consequently, its distinctive power is extremely limited. “The packaging describes its own content in image and text. This means that these elements have a limited distinguishing capacity and therefore a limited scope of protection.”

The fact that a trademark is registered is not the end of the story, nor is it if trademarks bear a strong resemblance to each other. It takes a comprehensive analysis to bring the actual scope of protection afforded to a trademark into clear focus. 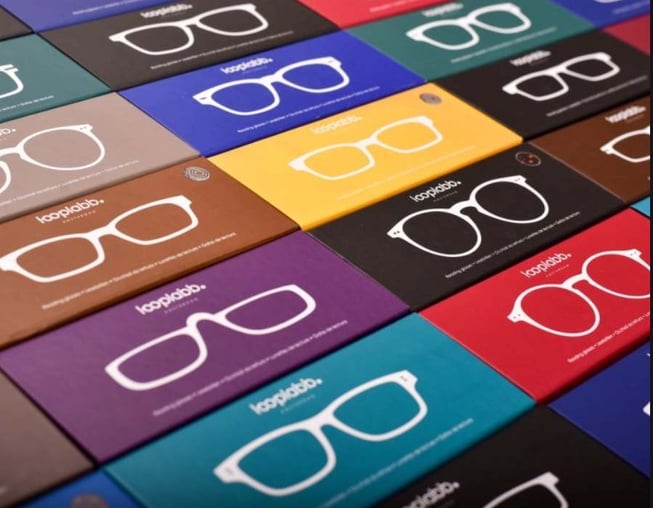