A rather peculiar trademark was recently filed with the European register: a hat in the shape of a cube of cheese. The European Trademarks Office considered that this shape mark was so different that it approved the application.

But what is behind this? More cheese products apparently, following in the wake of the cheesehead hat. The owner is known for products made to resemble cheese, such as a rugby ball and a mug. In Wisconsin, Cheesehead is a well-known concept ─ in fact, people from Wisconsin are called Cheeseheads. Cheesehead hats have become more widely known thanks to the fans of the American Football club Green Bay Packers who wear them at matches.

Setting yourself apart by adopting an off-beat design is becoming an increasingly popular strategy. It is certainly worthwhile to look into registering a shape mark (and design) in order to protect it.  However, a shape mark may not be bought solely on the basis of its aesthetic value. Following recent case law we know that this must be interpreted narrowly. By accepting this trademark, the European Trademarks Office has shown that they follow this interpretation. 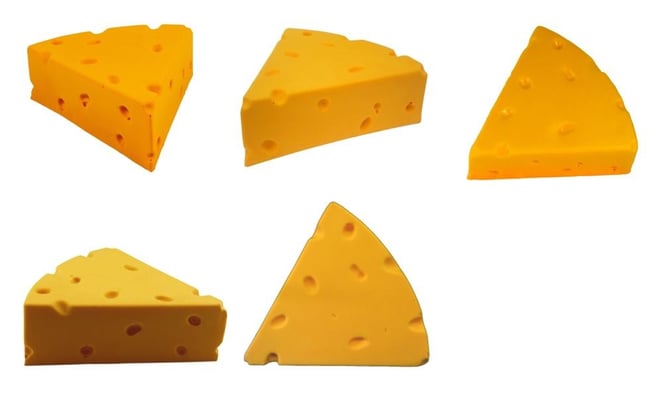 Click here to see how the Cheesehead hat is made.