Home / News & blog / Garbage Can: a trademark in a book title

Garbage Can: a trademark in a book title

Wanting to prevent a book from being published is not all that uncommon. When you are the subject, but not the writer, there is a good chance you may not agree with everything that is written down. When this happens, a defamation lawsuit is usually the most obvious choice. Initiating trademark infringement proceedings is a less familiar strategy.

Jiskefet (the Frisian word for ‘garbage can’) was a famous Dutch television sketch comedy that ran from 1990 to 2005. Earlier this year, Noblesse publishers announced that they would publish the Jiskefet Encyclopedia. The original creators of the TV program were not informed, not consulted and not amused. They asked for a copy of the manuscript, in vain, and filed a lawsuit. For trademark infringement.

No sense of humor

The most common type of trademark infringement involves marketing a product or service under a trademark that is identical or confusingly similar to a registered trademark. And that is precisely the case here, argued the original Jiskefet creators and owners of Benelux wordmark no. 1411750.

They found the contents of the Jiskefet Encyclopedia (they were finally allowed to read the manuscript) very mediocre and humorless, but whether or not the contents of the book were actually unlawful was not at issue in this case. Jiskefet’s only concern was that the book would give the reader the false impression that this mediocre collection was created by the original creators of the television series. The publisher was taking unfair advantage of, and even damaging, the reputation and distinctive character of the Jiskefet trademark.

The judge's verdict was clear. Although the court concluded that the name Jiskefet was not used as the name under which the product was sold, but as part of the title and therewith as part of the product, it did rule that the publisher did take unfair advantage of the (ongoing) popularity of the Jiskefet brand.

The book’s cover should therefore clearly express that the book does not originate from ‘the famous cabaret trio' and that it has been made without their involvement or consent. That is, a large sticker on the front cover, not easily removable, with a text dictated by the judge, in a place precisely determined by the judge. As quickly as possible. And no funny stuff. 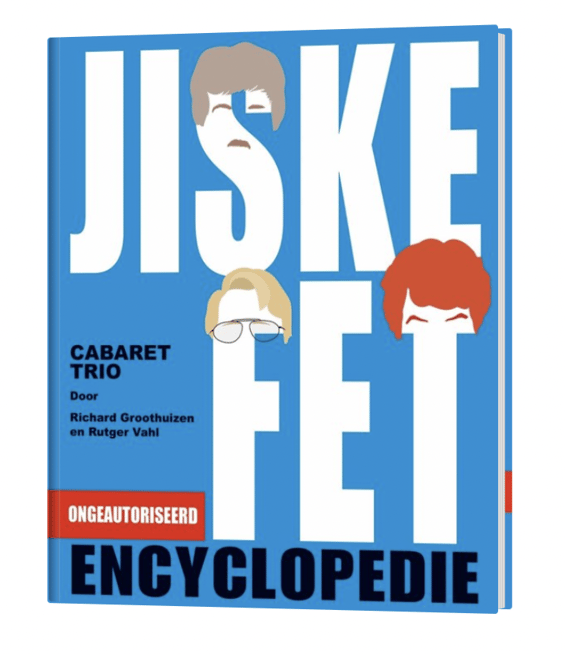