Nobody doubts that LEGO is a well-known and well-protected trademark. But apart from having its name protected, LEGO would also appreciate an adequate protection of its most important product. The brick.

The original patent on the LEGO brick guaranteed a sufficient protection, but expired a long time ago. Since then, LEGO has been trying to find other means of legal protection for its brick. As a trademark or design, or by means of copyright.

Unfortunately, extensive litigation showed that the brick itself could not be protected as a (3D) trademark, and that copyright and slavish imitation couldn’t provide the desired protection as well. Meanwhile, many competitors entered the market with (cheaper) bricks that combined perfectly with the original bricks of LEGO.

However, with regard to LEGO’s design rights, the General Court of the European Union recently ruled that an earlier declaration of invalidity of a Community design of the LEGO brick was unjustified. The design, registered for ‘building blocks from a toy building set’ was declared invalid by the EUIPO, the European Intellectual Property Office, because all the features of appearance of the brick were ‘solely dictated by the technical function of the product, namely to allow assembly with, and disassembly from, the rest of the bricks of the set.’

In appeal, the General Court ruled that the EUIPO had made an error of assessment.

In this case, the EUIPO had not taken into account that the brick ‘has a smooth surface on either side of the row of four studs on the upper face.’ That smoothness of that surface might not have been technically determined and could have been a design choice instead. If the EUIPO had taken that feature into account, it might have concluded that the brick was indeed a valid Community design, because the appearance would not have been solely technically determined. But that possibility was not discussed in the earlier judgment of the EUIPO. 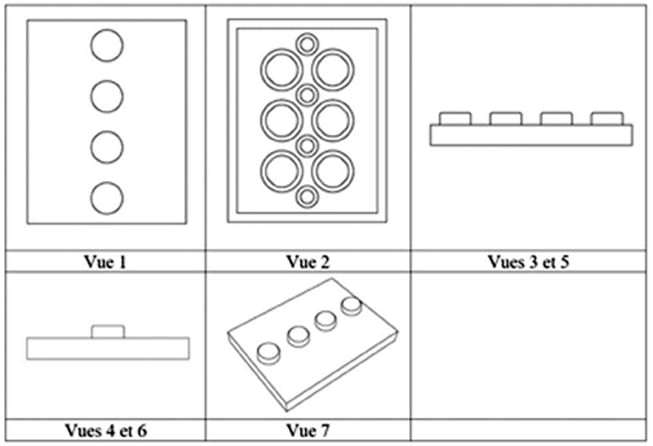