The tattoo was made in 2017. Although Von D did not get paid for the tattoo, she did post her work on social media. Four years later, Jeffrey Sedlik, the photographer of the iconic image, filed a copyright infringement lawsuit against the tattoo artist.

The outcome of the case will possibly affect all other tattoo artists who are asked to ink third-party imagery on their clients. 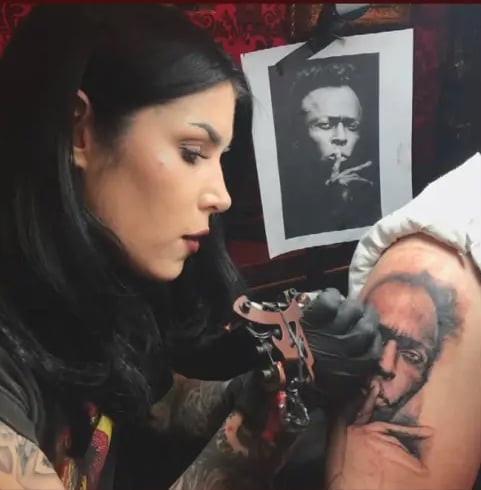