Playmobil not happy with PLAYMOBOY for sex toys

In a recent opposition, Playmobil is objecting to the European application of PLAYMOBOY for sex toys. It is quite understandable that Playmobil has some difficulties with this similar trademark. Especially as a toy brand for children, you want to stay away from associations that can have a negative effect on your brand.

But from a trademark law point of view, are sex toys the same as children's toys? It is difficult to say that the sales channels are the same, nor that the products compete or that the target group is identical.

Playmobil chooses the easy way but takes a risk. One of the trademarks of Playmobil is registered in class 35 for the retail trade of “toys”. It remains unclear what exactly these “toys” are. So, the EUIPO takes the view that these can also be toys for adults. Retailing and the sale of specific products is a service that is similar to the products themselves and so the EUIPO comes to the conclusion that the opposition should be upheld.

If the applicant had requested proof of use of the Playmobil trademark in the opposition, the outcome would probably have been very different. Then it would have been clear which “toys” Playmobil had sold. The products and services would not have been regarded as similar.

But even then, Playmobil could probably have successfully objected against this application on the basis of its reputation. As we know, this ground requires evidence and much more preparation. In that respect a quick win was more appealing for Playmobil. 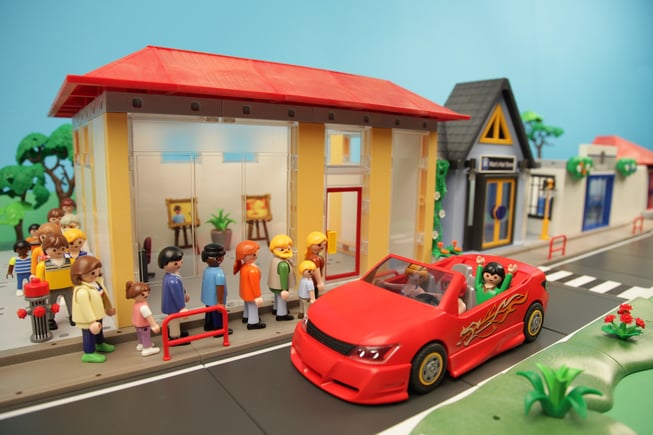