Although the competition between supermarkets can get pretty fierce at times, it rarely leads to a trademark dispute.

One exception to this rule, however, involved el Cortes Ingles (the Spanish supermarket chain), which was none too pleased with a new trademark filed by Lidl. El Cortes Ingles had already registered the figurative mark Plus for a subscription service, the benefits of which include lower delivery costs. Lidl recently filed in the European Union the trademark Lidl Plus as a figurative mark for use on a loyalty card.

The question is, could these trademarks really be confused with each other? The fact that Lidl's trademark contains the word Lidl already goes some way towards avoiding any potential confusion. On the other hand, it is not OK to use someone else’s trademark simply because you have added your own umbrella trademark. The European Trademarks Office stated in its decision that ‘Plus’ is quite a commonly used word. When you also consider that the graphic elements of the two trademarks are not similar, it came as no surprise to hear that the European trademark office had decided that the similarity between the two trademarks was only minimal.

Nevertheless, there may still be circumstances that could lead to confusion. For example, the earlier trademark may be well known, something which increases the scope of protection. El Cortes Ingles put forward this argument, but failed to provide sufficient proof of their claim. The conclusion of the European Trademarks Office was that there is no confusion, and it therefore rejected the opposition, stating that it is not possible to lay claim to descriptive words in such common usage, even if they are registered as part of a trademark or a logo. 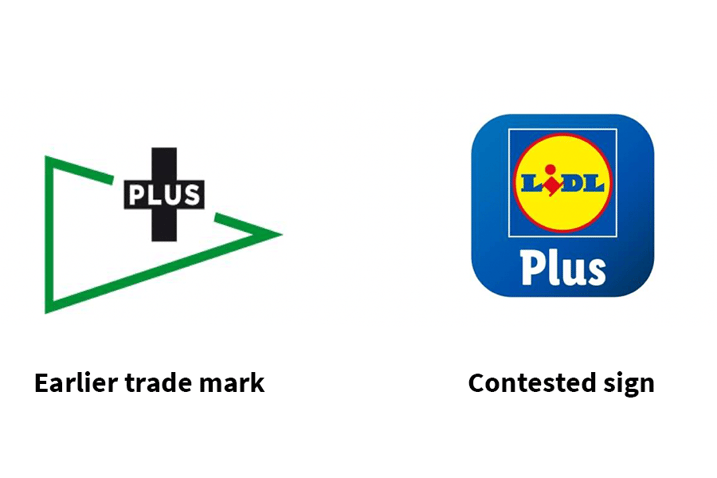