Pshhh... How does a drink sound?

"Most goods only make a sound when they are consumed." (General Court of the European Union, July 7, 2021)

Ever heard of ‘the work of sound engineers to acoustically accompany food products’? You probably never heard of the job, but you probably did hear the results, in commercials and movies. And now the acoustics accompaniments have found their way to the General Court of the EU.

The case: the application for registration of a sequence of sounds as an EU trademark: the sound of drink can being opened, followed by a second of silence and nine seconds of the fizzing sound you hear after opening a can.

Not a very surprising decision, at first glance. Nor at second glance, in fact. However, the applicant of the sound mark appealed the decision and the case recently reached the General Court of the European Union. And from a trademark law perspective, the judgment of the General Court does provide some interesting perspectives and clarifies the criteria for sound marks. It is the first EU ruling on the application of a sound mark that was submitted in audio format.

Unlike a 3D marks, think e.g. of the Toblerone chocolate bar, sound marks are trademarks that are perceived independently from the appearance or the shape of the goods. Therefore, the standard criterion for shape marks (is it really different from what is common?) does not generally apply to sound marks. Being different does not imply distinctiveness.

A sound mark must be perceived as a trademark, not just as tune or a sound by the relevant consumer. Only then the consumer will regard it as an indication of origin and not merely (like click, silent, pshhh) as a functional element of the product, or, in the words of the Court, as 'an indication without a message.'

But where is the line between a mere sound, melody or tune and a sound mark? What can be registered as a trademark? Hard to say, unfortunately, and rather unpredictable. For example, Netflix's easily recognizable Da Dum was refused, while the melody played by an LG washing machine, when it’s ready, was accepted and registered as a sound mark. Registering a sound mark is a careful process in which sound engineering, strategy, procedural experience and knowledge of the latest case law are all keys to success.

A nice aside: one commentator remarked that the pshhh sound mark actually already existed. As a word mark, in the last syllable of a very well-known refreshing cola brand.... 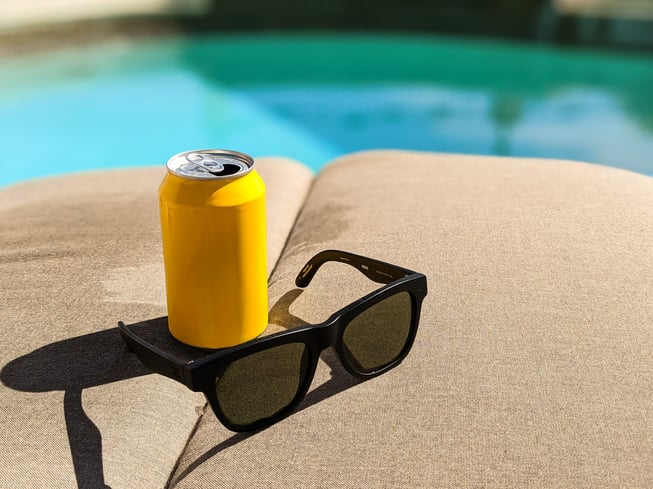