The logo in question this time is the Ralph Lauren polo player. Ralph Lauren recently had to take action to defend this logo against a lookalike and a second logo from a Chinese company that had submitted an application to register both logos as trademarks in the European Union.

Ralph Lauren's claim rested on the fame of its logo. It is always necessary to back up a claim, and Ralph Lauren did so with verve. It cannot be denied that Ralph Lauren has used this logo as a trademark consistently and ubiquitously and that it is extremely well known. This meant that proving its fame did not present too much of a challenge, and the European Trademarks Office saw sufficient evidence of long-term use.

But the mere fact that the Ralph Lauren logo is so well-known would not have been enough on its own. For an opposition to succeed, consumers must also be able to make a connection between the trademarks. This connection was clear in the case of the lookalike. The other logo had a few more differences, but the European Trademarks Office considered these to be minor. It established that there was a connection, meaning that these logos had been used in an unfair manner in an attempt to benefit from Ralph Lauren's reputation. As a consequence, the trademark applications filed by the Chinese company were rejected; something that they should have seen coming. 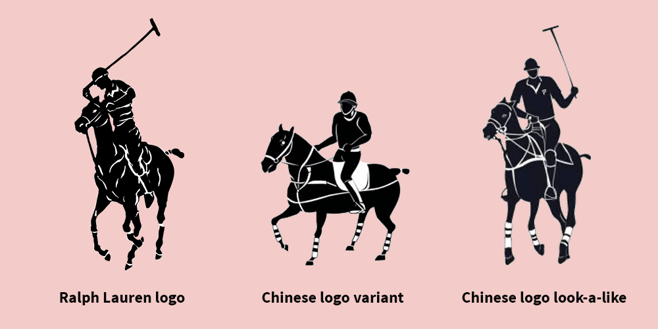