Someday, you may buy something, like a poncho or a pack of coffee, and see your own face printed on the packaging. Or maybe you’ll open a web page and see your face staring out at you in an ad. You’re a model and you don’t even know it.

Journalist Kayla Brandon suddenly came across her own Instagram picture of herself and her grandmother in online ads for laughter therapy and yoga products. Former MP Sabine Uitslag found her own stylized face in a brochure of a major Dutch drugstore chain.

Benjamin Novak even has an entire collection of products with his face on them. It’s always the same photo. It ranges all across the world, from face paint in Uruguay, to a perfume in Sweden, to a rain poncho from the EU to a shaver from China. Novak may be an actor (he starred in The Office), but he has never worked as a model. He doesn't even know who took the photo and guesses that someone sometime uploaded it to a stock photo site, free for use by designers and advertising agencies. Free for use? Really?

In the Netherlands he could sue for infringement of portrait rights. Portrait rights are related to copyright, but also distinctly different because your face is not something that you made. This case would not concern the privacy of the portrayed, but the so-called commercial portrait rights. If a portrait is used without permission in advertising or on "commercial articles," the person portrayed can always object, even if he or she is not a well-known person. In a still ongoing case about an advertisement with a Picnic grocery deliverer who looks like Max Verstappen, the question is whether such a parody of a well-known person is unlawful (the court of appeal thought not), but there is no question of parody in the packaging Benjamin Novak is featured on (even though it sometimes seems that way, especially that poncho).

Another option is to have your portrait registered as a trademark. It can be a tricky process, but then you have a registered trademark which comes with various benefits. Among athletes, for instance, the portrait trademark has been quite popular for a long time, because it gives you a stronger position in negotiations about, for instance, soccer cards, or figurines. Once registered, it is easy to license a portrait trademark and it will last for a very long time; even after the death of the person portrayed. Paul Newman's face on his sauces and dressings, for example, and of course the iconic visage Colonel Sanders of Kentucky Fried Chicken. Fingerlickin’ good!

Are you also interested in protecting portraits? Do you have any questions about the use of a portrait for your products or services? Our advisors will, of course, be happy to advise you. 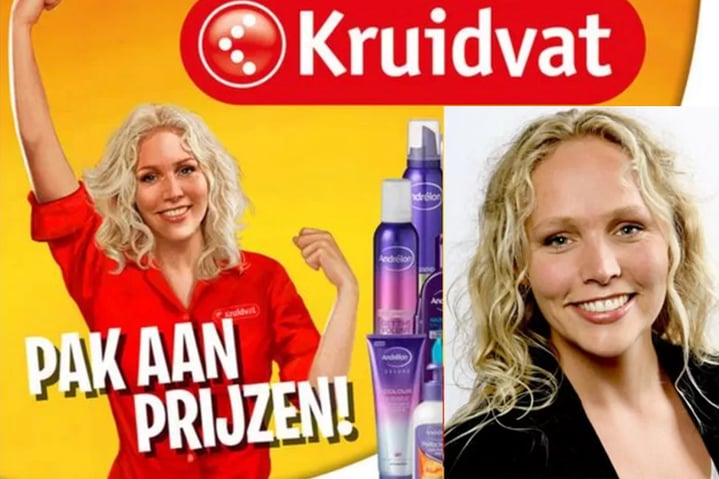 Sabine Uitslag in the brochure of a Dutch drugstore chain.